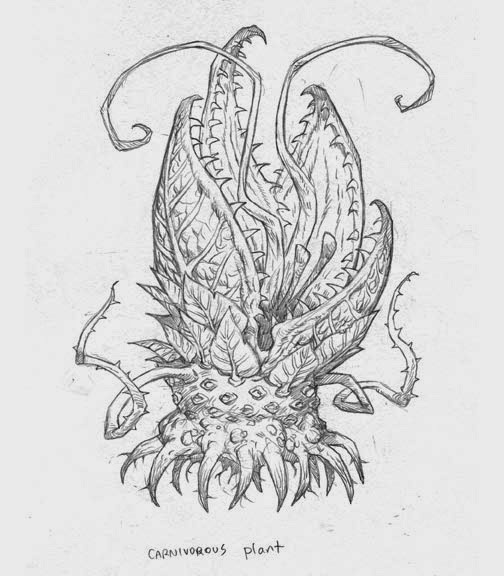 As many of you know (because I have been peppering the inter webs about it for like 11 months now), there is a most excellent app game coming out soon called SoulSpark! The game was created by Denmark-based Copenhagen Creators and WizKids and every illustration was done by yours truly! There'll be more thorough articles in the near future about the creation of SoulSpark but I thought I'd share a few of the detailed pencil drawings that went on to become full color characters for the epic adventure of SoulSpark.

The horrid thing at the top is the drawing for the carnivorous plant that awaits you in the dark forest. I liked the trope of a plant with teeth but didn't want to go the route of the straight up venus flytrap since it has been done so much. So I went with a kind of pod that scrabbles around on little tuber-like legs and a four-section mouth that opens like a milkweed or one of those eggs from the movie ALIEN. Inside are lashing grabby tentacles, lots of teeth, and a grisly demise. 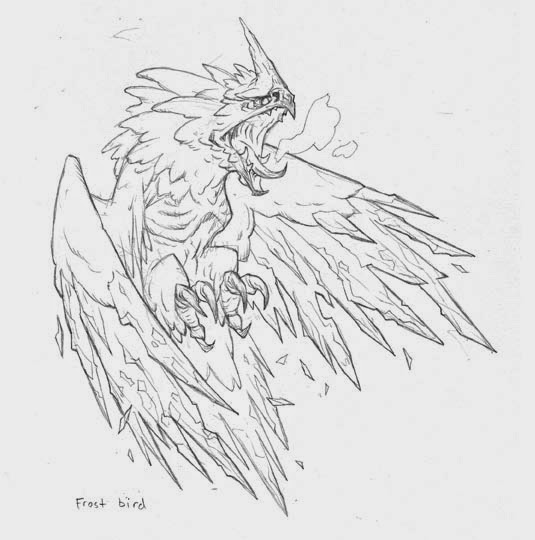 This is a Frost Hawk - an ice winged predator of the cold mountain region. If you hear the tinkling of ice getting closer, you're about to be set upon by these frigid creatures. 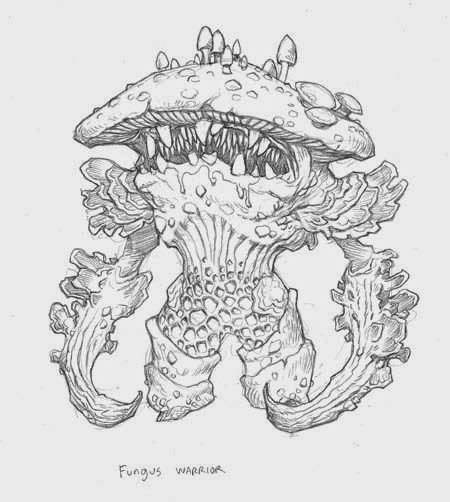 There are three different fungus monsters that will impede your journey to find the SoulSpark - and none of them take kindly to adventurers. If you research images of fungus you get quite an extraordinary array of shapes, patterns, colors, and textures. There really are quite remarkable - even if most are unsettling and rather creepy. I used portions of many different kinds of fungi to create the SoulSpark fungus monsters to make them unique and visually appealing. Warning though: DON'T eat these mushrooms. DO NOT. 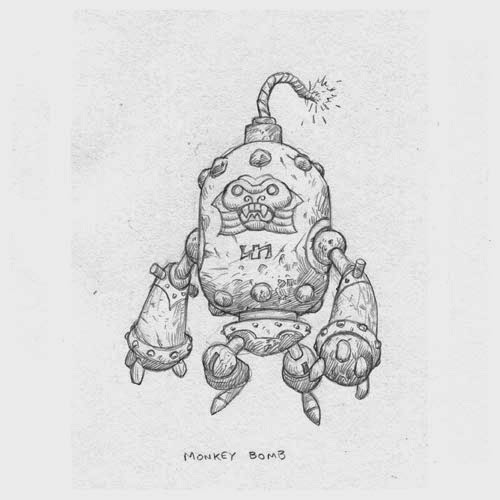 You will encounter a mysterious tower on your quest. It is filled with all sorts of mechanical adversaries. This monkey bomb construct shouldn't be allowed to get too close for obvious reasons. 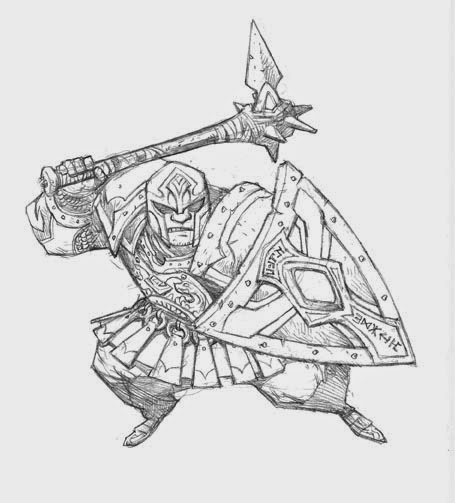 Bluestone was one of the very first drawings I did for the game. It actually was drawn before there was ever even the idea of SoulSpark - before I ever even talked to the fellows at Copenhagen Creators. This guy's attitude and design made him a favorite among the game makers which helped to make Bluestone the lead hero in the SoulSpark story. 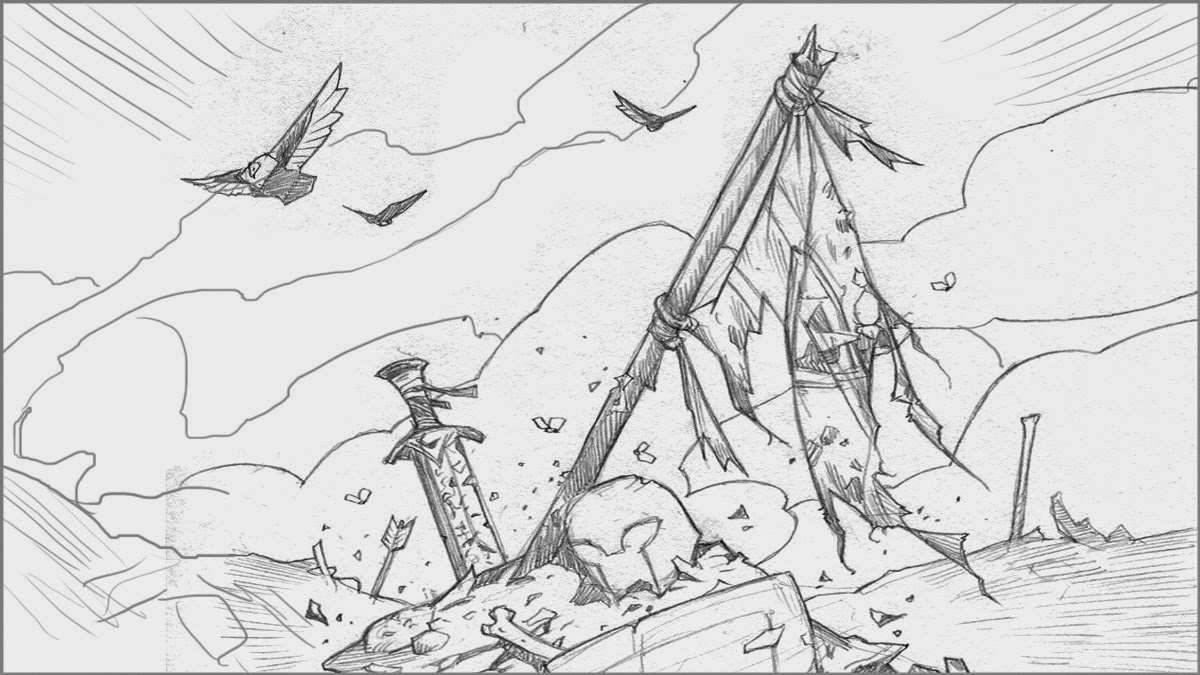 If you should be unfortunate in your battle with the enemy, you will be greeted with the Defeat illustration - your weapons and armor bashed and strewn about the battlefield - your banner a tattered reminder of the cards you should and shouldn't have played. Oh yeah, and to add more insult, here come the vultures to pick your defeated bones!

There is no specific date of international release just yet but SoulSpark will be available for FREE download in late April. If you are a resident of Denmark, the game IS currently available for download.

Make sure to go to: SOULSPARKGAME.COM for more information and even a 30 second video trailer featuring the excellent SoulSpark musical score!

Posted by Steve Prescott at 7:47 AM

Email ThisBlogThis!Share to TwitterShare to FacebookShare to Pinterest
Labels: soulspark

Steve Prescott
Fantasy artist I be. Poetic I be not.